Jackpot! What Real People Have Done with Their Lottery Winnings 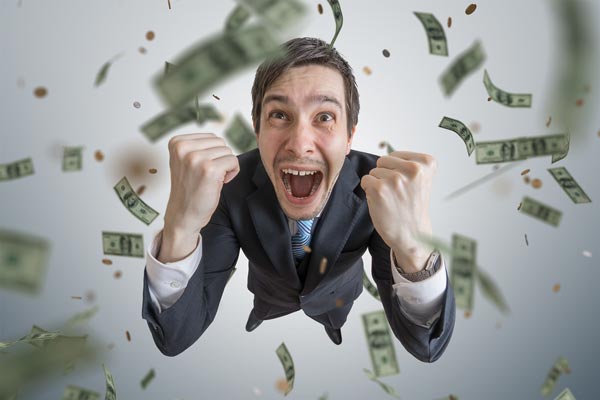 It’s okay to admit that we’ve all dreamed about what we would do if we won the lottery. Sometimes it’s things that are fun and self-indulgent like building a sprawling mansion, buying the newest luxury car will all the upgrades or going on a vacation to exotic places you’ve never been before.

Sometimes it’s more practical — paying off a mortgage, student loan or any other form of debt. Other people think about how good it would feel to use that money to help others less fortunate.

Some people win enough money to easily do all of the above! If you still need inspiration on what you could do if you ever win the lottery, check out what these actual lottery winners have done with their newfound fortunes.

John and Linda Kutey decided they wanted to give back to their hometown with their lottery winnings, so they donated $200,000 to help Green Island, New York build its very own spray park. The park allows the city’s children to have a new and exciting place to cool down on those hot summer days. John and Linda, who made the donation in honor of both of their parents, have since moved from New York to Florida but they made sure to return to Green Island for the spray park’s opening.

Take a Chance at Increasing Your Winnings

Evelyn Adams had every reason to believe the odds were in her favor. Not only did she beat the odds by winning the lottery, but she managed to do it twice in the span of 4 months! She became the first person in the New Jersey Lottery’s history to win a million dollar jackpot prize multiple times. She started out strong by paying off bills, buying a new car, and treating those around her to gifts. But, eventually she felt the family and friends around her were starting to resent her winnings. She invested in a few business ideas that failed and eventually, after one gamble too many, ended up losing the rest of her winnings in Atlantic City.

After winning the lottery with a ticket she and her coworkers purchased together, Sandra Hayes of Missouri hasn’t changed her lifestyle very much. When she first got her winnings, she splurged a little on a vacation to Hawaii where she had always wanted to go. She paid off some of her debts. She bought herself a new car and purchased some meaningful gifts for those closest to her. After that, she returned to her regular spending habits, which she describes as “frugal”. She is spending money very much the same way from before her winnings and is enjoying living a financially secure life.

The possibilities of what to do with your winnings are as numerous as the lottery number combinations themselves so choose carefully! What would you do if you won?