How the Fear of Failure is Holding You Back 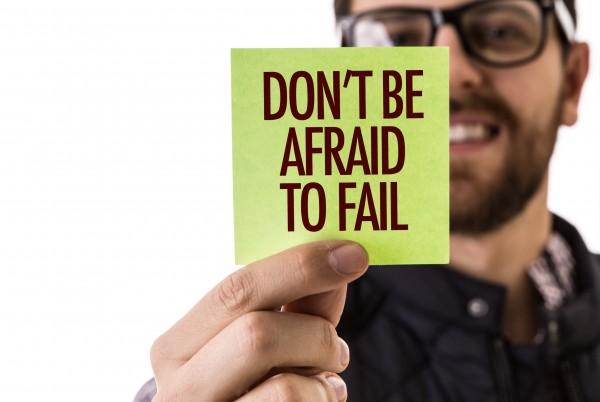 The fear of failure is a fear that most people can relate to. No one likes to feel inadequate, a feeling that may be induced by failure. Time and time again, though, leaders often express that through failures, breakthroughs were achieved. Still, why is it that people fear this idea so much? The difference between a failure that holds you back and a failure that catapults you towards success is the way in which the failure is handled.

Learning how to fail is a skill that is under taught. As failing is almost required for growth (a child falling when learning how to walk, for instance), the ability to fail successfully should be widely taught. Without these lessons, a person who fails can internalize the perceived failure and overthink their negative self-belief. With these lessons, a person can greatly flourish. The fear of failure is holding you back, and here is why:

The fear of failure may be working undercover against you. If you’ve dragged your feet in completing a project, or find yourself substantially stressed and spending more time not making a mistake, then you are most likely underacting. How many times does a child need to be told how to walk before he learns how to walk? The answer is probably infinity because without actual practice, the child will not be able to walk at all. Most likely he or she will fall but that is part of the learning process. It’s almost a requirement! Why is it that you are more kind to a child learning to walk than you are towards yourself when you endeavor to do something different in your life?

You rather be prideful than experience progress

Overlearning to avoid making mistakes is a way to avoid looking like a fool. Often, you may be encouraged to ‘act the part’ or ‘fake it until you make it’. This advice may actually hurt your ability to fail because it encourages you to be prideful of what you actually don’t know. Progress means to own what you know and be okay with learning and stumbling. One failure may give you insight toward ideas that may be pieces to new successes!

You give up control

When we fear failure, we give up control in creating the life we want. Every action in life is made by choice. Even when you don’t feel like you have a choice, most often than not, you do. The choice may not be what you desire, but it is there. When you choose not to act, or choose not to ‘go for it’ you are giving up your control. Instead, you give the reins over to a fear that keeps you stagnant and unchallenged. The child that refuses to practice walking gives up his control and his freedom. He will then depend on his guardian to take him from point A to point B.

It’s important to recognize the role that failure has in your life. To avoid failure is to avoid growing at all, a state of being that hinders you from achieving what you truly want in life. Stop feeding the fear of failure and feed the curiosity instead. Learn how to fail, and you will expose yourself to possibilities you never thought was possible for you.